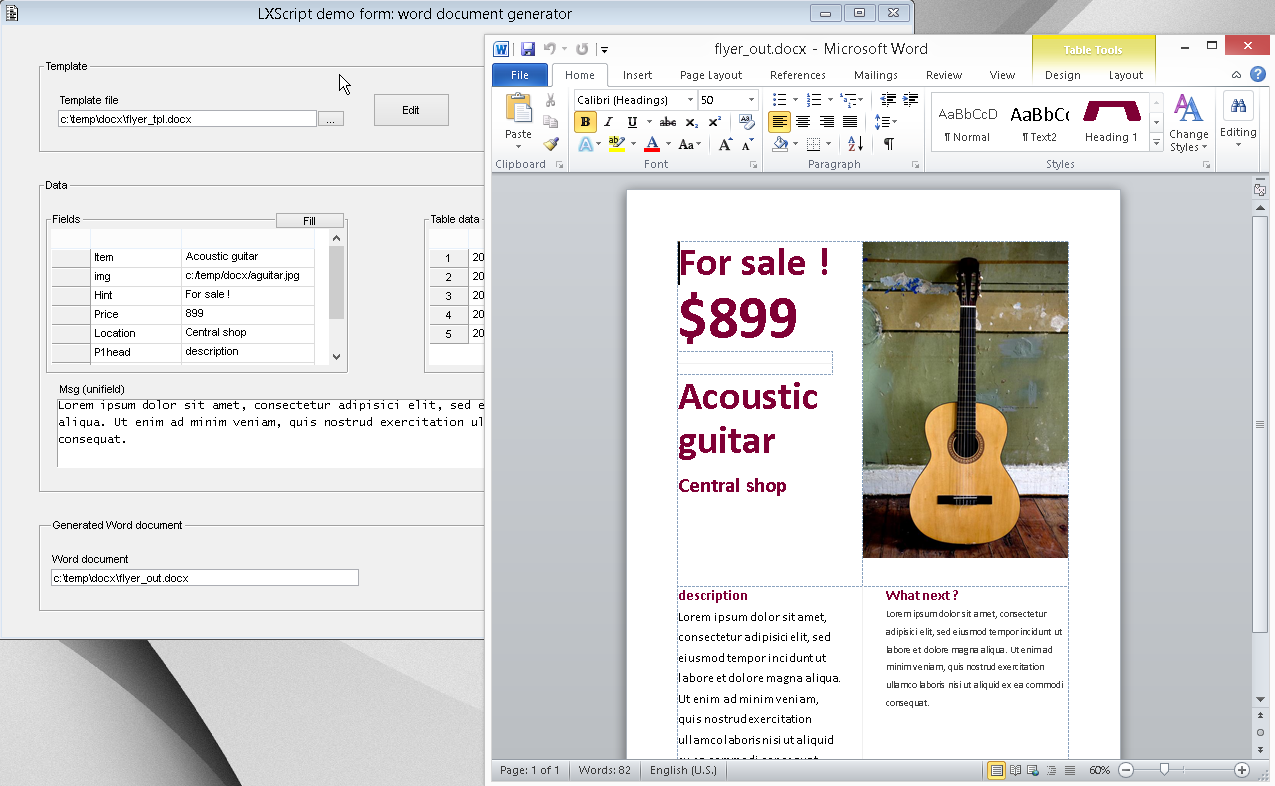 As the add-on module for Uniface, LXScript picks up where Uniface’s capabilities leave off.

Many of the features that are hard or impossible to achieve with Uniface are readily available through the use of LXScript: multidimensional hashes, regular expressions, user-defined XML processing, generation of Excel tables, SMS sending, data encryption, complex web services, network programming, remoting, image processing and much more. This list gives only a rudimentary idea of the virtually unlimited range of potential uses. An editor with syntax control flags possible errors as the programmer goes along.

The context in which LXScript is executed is the same as that of a Uniface component, and LXScript has the ability to interact with other Uniface components whilst in use. Many typical Uniface functions are supported by LXScript; consequently, Uniface programmers are quick to learn their way around and to acknowledge the benefits of extending Uniface in this way to obtain a modern and object-oriented scripting language. LXScript solves complex tasks in a straightforward manner and with minimal outlay.

Due to its open structure, LXScript can be extended to accommodate a client’s own program libraries, or those which are publicly available. Unlike with other complex and time-consuming Uniface extensions, special requirements are realised in a minimal amount of time. Like Uniface, LXScript is platform independent and runs smoothly in either a Windows or a Linux environment, despite the diversity of the two operating systems.